Are Plant Based Diets Healthy? 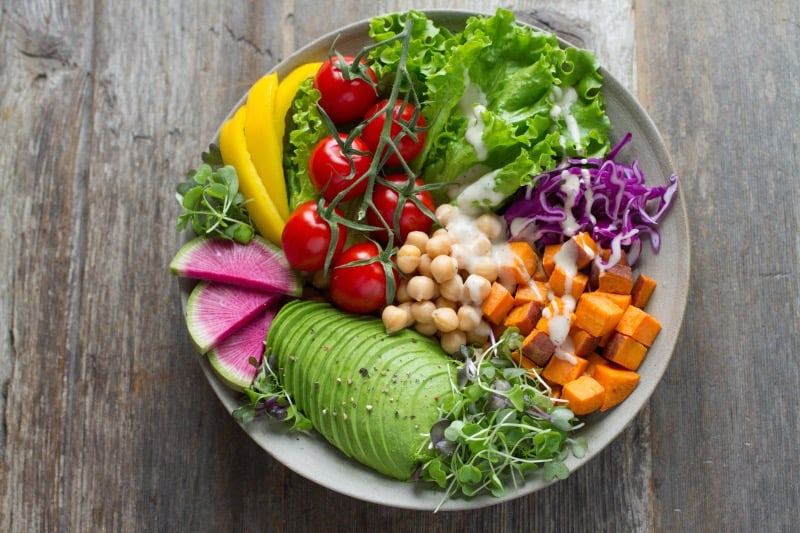 This is transcript of the Facebook Live session that was held on 27 June. Link to the talk is here

My name is Mugdha Pradhan and the founder of iThrive (Thrive FNC) and we make diseases disappear.

For the last three years I have been practicing only a whole food plant-based diet. I have actually had a lot of professional collaborations with vegan organisations because of this approach that I have to heal people and what I’m going to say today is going to change that and it would mean that I might get a lot of backlash.

But my entire approach has always been about finding out the truth and sharing the knowledge. I think it’s the right thing to do- share what I’ve learnt about human health and nutrition and this entire plant-based agenda along with what it really does to human health so stay on to ask your questions. Members of the Thrive Tribe, I know a lot of you are here as well because it’s important that you listen to this so whatever questions you might have please ask them on our Thrive Tribe group on the Telegram.

I look forward to clearing doubts of people who are new to the concept of plant-based diet, those of who basically think that animal foods are really bad for human health and animal products are to be banned permanently from the human diet.

So Plant-based diets are primarily those where there are no animal products at all and which includes consumption of whole grains, pulses and legumes, fruits and vegetables. There is, however, a difference between the vegan approach and a wholefood plant-based approach. The vegan approach involves eating anything that’s made out far from animals and where consuming everything else is okay. That was just pointing out the difference and my focus today is speaking about plant based diet. Just let me clear plant-based diet is a diet in which we use only plant sources for nutrition and no animal products at all.

Everybody understands the concept of bio-individuality where we know each human being has their own DNA and based on what they have been exposed to in the environment as they were growing up, their body’s need for healing is different. We understand that what a lot of people don’t know is there is something called bio-similarity as well, which means that there are certain things that are going to harm human health no matter what.

So eliminating these harmful foods plays a big role in healing the body. The second thing that happens with plant-based nutrition is that plants are medicinal, there is no denying that, right?!

Alot of plants have medicinal properties and when you’re sick with a chronic disease, we recommend a particular plant for the kind of property it has that brings about healing in your body so there is no doubt that the approach that we have using plant based nutrition, initially, works beautifully to reverse a lot of chronic illness. But subsisting on plant based nutrition starts creating problems. For me why I started questioning this is because of what we saw in the blood tests. I have been practising this for the last three years now and I do my blood work at least every three months and every time I do, I could see my protein and iron deficiency was getting worse and we started seeing this pattern repeating with our clients as well.

Over time we would start seeing more deficiencies in their bodies like those of Selenium and Iodine and every time we see a deficiency we provided them a supplement for that. But then I realised that in order to correct these deficiencies we had to bring in so many supplements just so that they could Thrive.

There are some basic supplements all of us need to take because we just are unable to get enough of it like, vitamin D. But you know iron, protein, selenium and iodine which can so easily be available from food and are still being supplemented then there is definitely a problem with the entire plant-based approach.

Also, there is not a single organism on this planet that will willingly give up its life. Plants don’t really want to die right so they create defense molecules when they feel they are under some attack.

For instance, many of us feel bloated and experience a lot of gas after eating Kidney beans (rajma). It is because of the compounds called Lectins, which are formed as a part of these defense mechanisms and are also capable of causing inflammation.

Peanut butter is known as a good source of protein but we don’t know that peanuts can have mold which can release aflatoxins which are toxic for the human body.

Soy which is eaten by many people has Isoflavones and phytoestrogens which mimic the female hormone- Estrogen. Now, if you’re a man and if you’re eating soy, you are sending plant-based oestrogen into your body which is a female hormone.

And then a lot of pulses and legumes have protease inhibitors. Protease is an enzyme that is required for digesting proteins and plants produce protease inhibitors as a defence mechanism basically to tell that animal that even if you eat me you’re not going to get any nutrition. So these protease inhibitors prevent your proteins from being broken down and digested, which is why now I understand we had started seeing such high levels of protein deficiency in people who are plant based.

Grapefruit which was touted for its antioxidant capability actually interferes with an enzyme called C450 which is what the liver uses for detoxification, so there is a lot of misunderstanding and wrong information about plant based nutrition.

Also speaking from my own experience, I had Diabetes, which effectively got fixed as I started eating plant based foods. However, I started losing a lot of hair after a few months of being on the same diet, mainly because of Protein deficiency. No matter how many supplements I took, it wouldn’t stop!

Now see what happens is that each person is different in the way they digest and absorb different foods and nutrients and this is where the concept of bio-individuality comes in. Whatever we absorb is greatly determined by our genes. Along with protein, I started presenting multiple deficiencies and it was then I started experimenting on myself. I have always experimented things on myself before making any further recommendations. So I started adding small amounts of animal protein in my diet. It took maybe a month or so before I could start seeing changes in my body along with the blood tests. The theory behind why animal protein/ products are important is that the nutrients are absorbed in their most bioavailable, most readily  available form. I am just on Vitamin D, Magnesium and Zinc supplements and have stopped taking all the others (I had a drawer full of supplements to take care of my deficiencies) at present.

I practice what I have learnt and it is that plants have a place in healing your body because of their medicinal properties and also that not all plants are equal. Some of them are going to be filled with toxins. Also I have learnt that your body will give you feedback about what works best for it and it is always good to use this feedback mechanism to understand what a particular food is doing to your body.

Animal foods have a place in human nutrition and we cannot really have strong bodies if we cut these sources of important nutrients. Your food choices really depend a lot on your beliefs and ethics. So if you would not consider eating animal foods, then you better supplement yourself really well, you better learn what are the deficiencies that are there in your body and you fix those.

For example, if you are deficient in iron for really long, especially for women, your reproductive health is going to be super messed up, your thyroid is going to be messed as you can also be deficient in selenium. While Brazil nuts are a rich source of Selenium, they might have other toxins. Zinc deficiency can impact your immunity. So fix all those deficiencies because nutrition is such a fine balance. People get sick when they have deficiencies and a lot of toxins in their body.

So in our protocol at ThriveFNC, we recommend  a plant based diet initially, and after we see reversal in the diseases and then we plan on bringing some kind of animal protein in the diet.

Now I know and have seen chickens that are injected with antibiotics and hormones and that kind of breeding is terrible and it’s bad for your health as well as the planet. So I always suggest pasture raised, free range animals. Be very careful where you pick your animal foods from. A big no-no to factory made meat.

I will look at questions now

Q. What are the deficiencies you see in plant-based diets?

Q. How good are plant-based diets for PCOS?

Q. Can desi wheat create problems or only GM wheat?

Q. Is genetic modification a concern with Soy?

Q.Can the effect of Phytoestrogens be seen in men only when they eat a whole lot of it?

Q. Consumption of mushrooms has increased in vegetarians for its Zinc content? What are your suggestions?

Q. What is your take on egg eating vegetarians?

Q. Would being a Pescatarian be good?

Q. What happens when there is indigestion due to lack of fiber in meat?

Q. Which supplements would you recommend for Thalassemia minor?

Q. How can we improve Protein deficiency without including animal foods in the diet?

Q. Can you get Omega 3 from Flax Seeds and Chia seeds?

Q. How often do you recommend meat for people with high blood pressure and thyroid issues?

Q. Do almonds have anti-nutrients/ toxins?

Q. What are your views on the China Study?

Q. What supplements do we need on a plant based diet?

We will end our session now. This video will be saved on the page and you can come back and refer to it and I look forward to helping you solve your chronic health issues like thyroid. Please share your blood tests with us and we’ll will be looking at them for you. Bye-Bye